This is a creamy, comforting dhal and the restaurant versions are usually loaded with butter & cream. The advantage with making this at home is that we can cut back a bit on the decadence and still not lose much of the taste. Since slow simmering is always stressed for this recipe, I used the slow cooker this time and it worked out great. So, i could let it simmer away during most of the late morning and we had a grand meal.

I don't have a fancy slow cooker, just a basic one with not even a setting or timer to go with it... and though I bought it with soups & stews in mind, i've mostly used it to cook dhals. I usually wash and pop the dried beans (channa, rajma etc.) along with water in the slow cooker and turn it on. So, typically in the time it takes to soak the dhal or even lesser, the dhal is cooked perfectly and when it's almost done, i even stir in some salt so it absorbs that as well. For this recipe, after frying the onions, tomatoes & masalas with the dhal, i transferred them back to the slow cooker and allowed them to simmer away and finished them off with the cream topping just before serving. 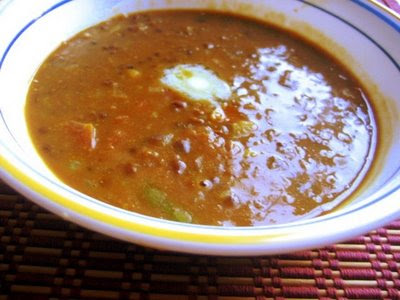 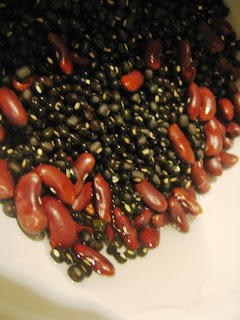 Method:
1) If using a slow cooker, wash the dhals, drain and place in a slow cooker with sufficient water and allow to cook for about 6 hours or so till soft & done. Otherwise, soak the dhals in plenty of water overnight and pressure cook till soft.
2) Heat oil in a pan and add cumin seeds, once they sizzle, toss in the finely chopped onions, g. chillies, ginger & garlic and saute till light golden.
3) Add in the tomatoes, salt & turmeric powder and cook till they turn mushy. Add in the rest of the masala powders and cook for several more minutes with the butter.
4) Stir in the cooked dhal and allow to simmer on the stove. If using a slow cooker, transfer the entire mixture to the pot and allow to simmer there for 3 hours or so.
5) When done, remove from the stove and stir in the cream (or cream cheese blended with milk - since I didn't have cream on hand). Garnish with coriander leaves & serve with naans or rice. 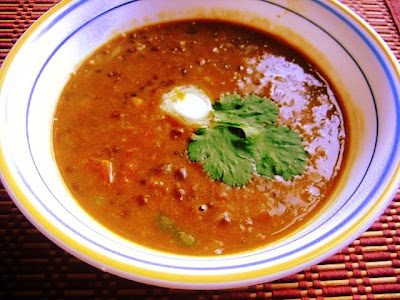